"Is it worth visiting Edinburgh Castle?" This is the single most common question people ask me. The answer to which is a resounding... "Maybe? It depends." That's why it's so satisfying that occasionally, I can just genuinely say Yes.

Let's be clear: Edinburgh Castle is very impressive, the views are phenomenal and its illustrious history is fascinating. However, everyone is well aware of this and so the Castle gets busier and more expensive with every passing year. When I tell people the best time to visit the Castle is February, I'm not joking; well, not really. Yet sometimes there are exceptional mitigating circumstances and this week is a prime example thereof.

On Monday 3 June is the celebration of Queen Elizabeth II's coronation jubilee. (Actually it's 2 June, but that's a Sunday.) Then on Saturday 8 June, it's the Queen's official birthday. Finally on Monday the 10th, the Duke of Edinburgh, Prince Philip turns 98. And all these occasions are celebrated with a 21-gun salute! 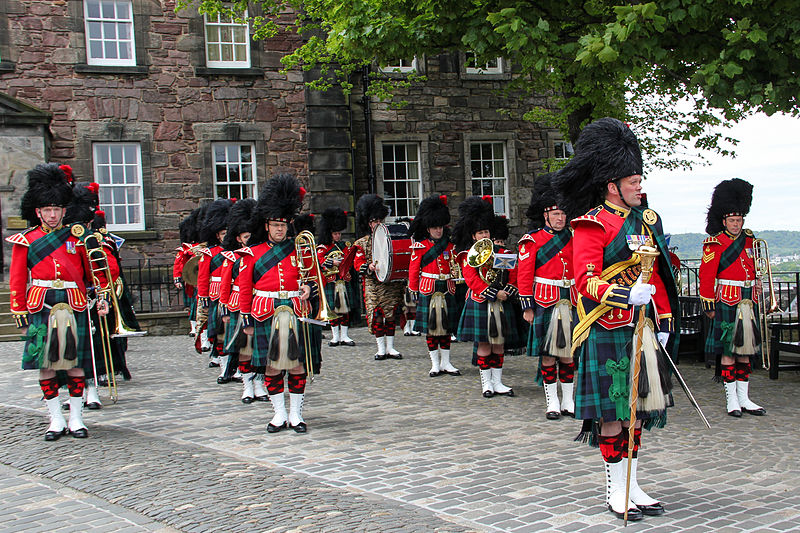 Now it isn't that uncommon to witness cannonfire at Edinburgh Castle. Every afternoon (except Sundays, Good Friday and Christmas Day) the people of Edinburgh are roused by a loud bang from the Castle, when the One o'Clock Gun is fired - orignally a time signal for the ships in the harbour. There's always a good crowd to witness that, but for a gun salute they really pull out all the stops.

For a start, a sizeable area is cordoned off, as this display requires quite a bit of space. Then comes the military band to lend musical accompaniment to the proceedings. Sometimes they play something traditional, sometimes they play a rather different kind of classics. Next come the gunners who take up their positions near three artillery pieces, followed by the Review Officer. Finally, at exactly noon, the first shot rings out. Every 10 seconds, another one booms over the old city centre, until the count of 21 is reached. Every gun will have ideally fired 7 times, but misfires do happen. It's then up to the other crews to pick up the slack and ensure the rhythm isn't disrupted. 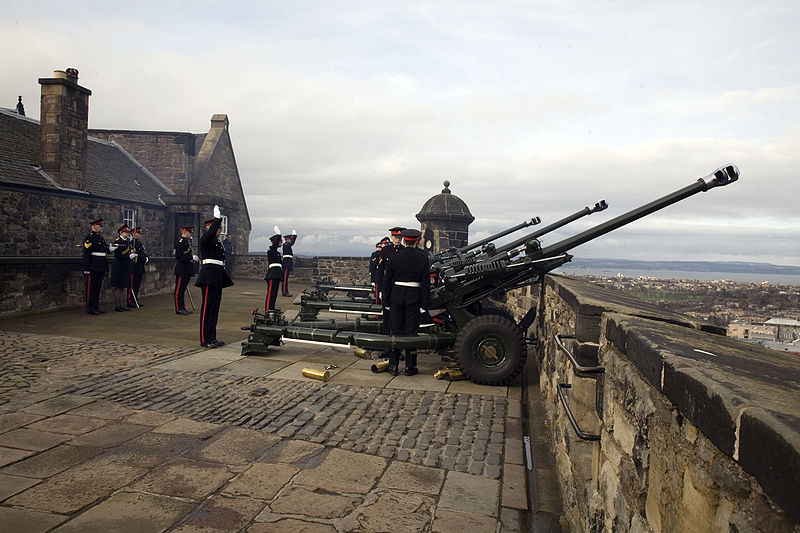 Is it worth visiting Edinburgh Castle? On 3, 8 and 10 June, unequivocally, YES!