In Edinburgh we often talk about "The Castle", as if there were only one. If you look a little further, you'll soon find that there are another twelve to be found, of different shapes, sizes and ages. My favorite castle in Edinburgh, however, is Craigmillar Castle. It truly feels like a proper castle, with high, thick walls and it has a fascinating history.

Craigmillar Castle was built by the Preston family, who received the land in 1342. In 1374 their grant was further extended and the central residence was completed in 1425. This four-storey towerhouse is still at the heart of the castle, but throughout the Preston period, the complex was repeatedly extended. The most visible addition is the wall, which is about 8 metres high and dates back to the middle of the 15th century. At the top you will find crenellations, behind which defenders could hide, and machicolations so as to drop projectiles on attackers. The size of the complex was now 40 by 27 metres. 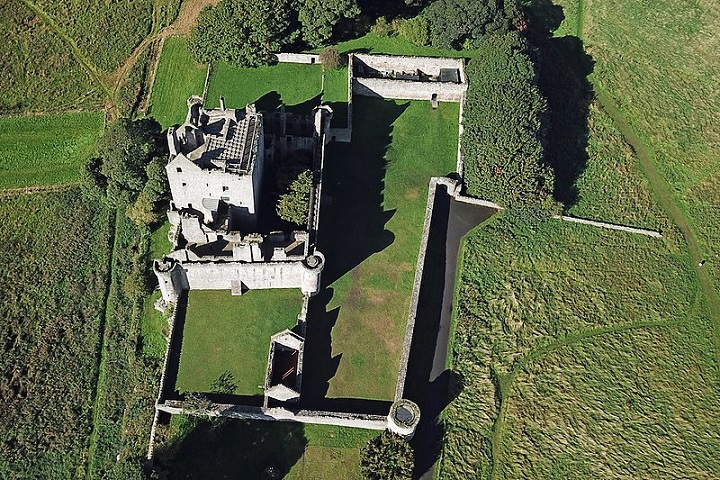 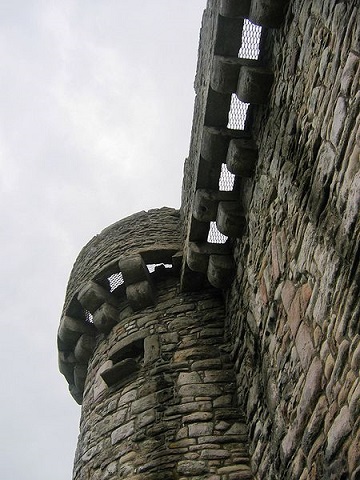 About a century later, a second, lower wall was built which is considerably longer. This increased the area of the complex by roughly a factor four. Part of this extra space was filled with pleasure gardens for the residents and important visitors, but the rest of the space was filled with outbuildings. For example, there were a church and a chapel, the ruins of which can still be recognized, whereas other structures like the stables and midden have since disappeared.

In the 17th century, the local branch of the Prestons died out and the castle was inherited by a distant cousin, who later sold it to sir John Gilmour in 1660. That year should ring a bell, because in 1660 the monarchy was restored. Gilmour had been a royalist in the civil war and was now being rewarded by Charles II. He renovated the castle, but his family moved to the nearby Inch House a few generations later, after which Craigmillar quickly fell into disrepair. Even though it was no longer inhabited by the Gilmours, members of that family are still buried here to this day.

Craigmillar Castle, however, is more than just a collection of old stones. Time and again, it was home to important visitors. Not all these visitors stayed here voluntarily, as was the case in 1479, when James III ordered Simon Preston to lock up the king's youngest brother - another brother was already imprisoned in Edinburgh Castle at the time. In 1517, James V came to seek refuge during a plague outbreak in Edinburgh. The most important visitor, however, was his daughter Mary, Queen of Scots. When she returned from France, many of her French servants lived in this region, still known today as Little France. Mary and the Prestons were allies, and she regularly stopped by to hunt at the estate. After the birth of her son, she came to recover here and it was then that the so-called Craigmillar Bond was sealed: a plot to get rid of Lord Darnley (Mary's unpopular husband), by any means necessary. This had huge consequences for Scotland, but more about that later this week. 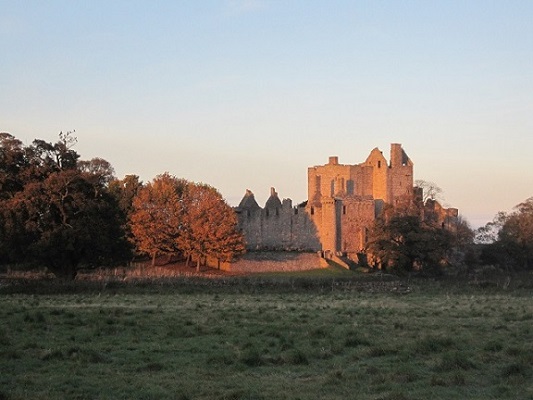 In the past, visiting this castle was a privilege of the great and the good, from James VI to Queen Victoria, but nowadays everyone can visit this hidden gem. It is managed by Historic Scotland and therefore falls under the ever-popular Explorer Pass. It is also an increasingly popular location for filming, recently used for Outlander, Outlaw King (an upcoming Netflix film about Robert the Bruce) and a new film about Mary, Queen of Scots. With a little bit of luck, you'll find pieces of some filmset which give the place even more atmosphere.